How to make an exhibition cooler than an Oscar-winning film

How to make an exhibition cooler than an Oscar-winning film

Fabio Cacchatori is an Italian professional digital artist. works as a consultant with Illogic which is a company that made a futuristic RMK stand at the Innoprom exhibition in 2019, and is now preparing for the opening of “Alexander Nevsky – The Fate of Russia”. The organizers promise that it will break all the stereotyped ideas about museums and will be cooler than any film. The exhibition will open on June 10 .

– It seems that museums are a phenomenon from the 20th century. Today there are tons of other entertainments that looking at antiques cannot compete with. Why do people go to exhibitions?

– Indeed, today young people prefer films, TV series, computer games. We analyzed this market to determine how to attract schoolchildren to our exhibitions. It turned out that with the help of modern gaming technologies and virtual reality, it is possible to successfully combine entertainment and education, so that young people come to the museum like a movie or a game club and gain knowledge at the same time. 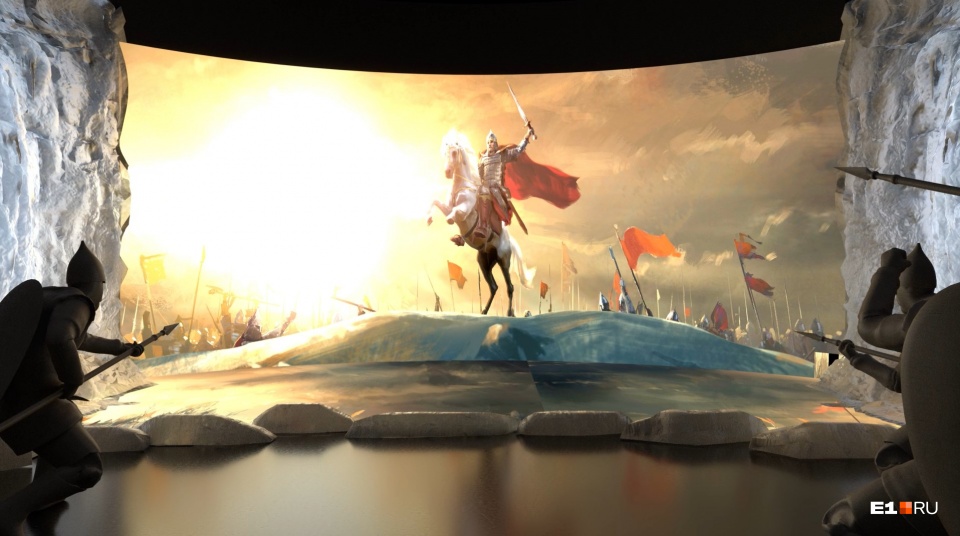 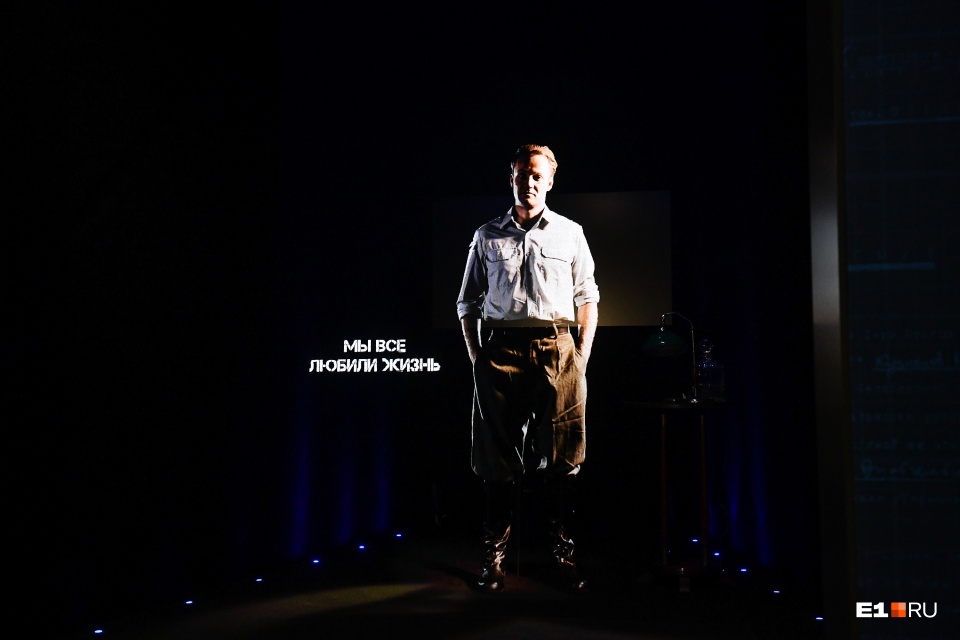 At the exhibition about Nikolai Kuznetsov, which was opened in the museum for Victory Day, his hologram appears, which tells the story of the scout in the first person

– It is difficult to surprise someone with the scale in our time, you must agree.

This will be the culmination of the entire exposition. We decided to make it like a giant 5D ride in order to affect several senses at the same time. Guests will feel cold, see fog, and have a specific light. We set up three large screens for full immersion and, of course, worked on the sound so that visitors not only saw, but also heard everything as if they were in place in the midst of a battle, right on the ice. At the exhibition, the tension grows from stage to stage.

We want the guests to be a part of those events and completely immerse themselves in the era, to feel it on a physical level. To achieve this, we brought in Territory, which was responsible for the special effects for David Fincher’s Munk (which won two Oscars in 2021). She designed the scene of the Battle of the Ice.

– So far, what you are talking about looks like the next step in the development of cinema. What is the difference from a cinema?

In the cinema, you are just a spectator, but here we want to create the effect of presence. And the main goal of the exhibition is not entertainment, but education. We want children and adults to remember what the exhibition is about. 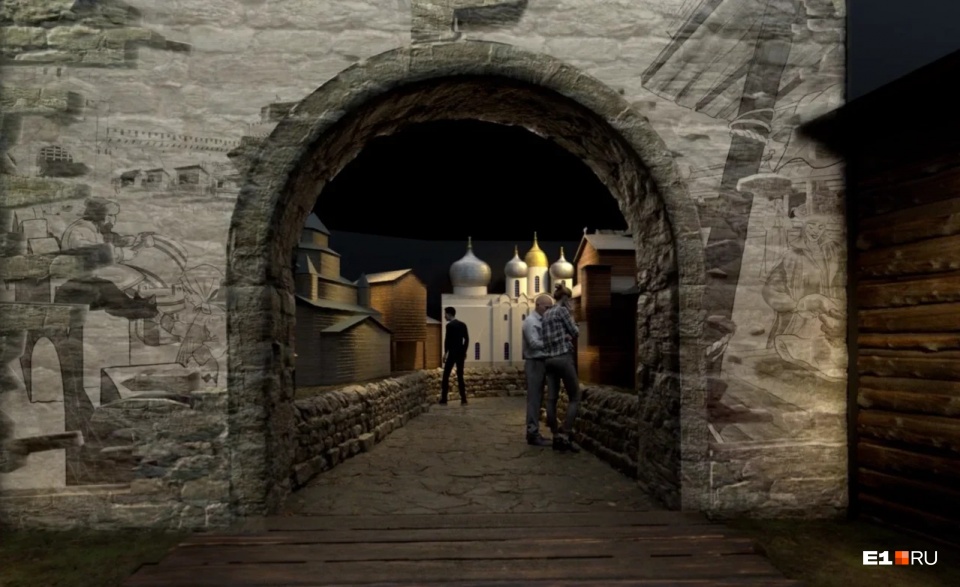 For the sake of the exhibition, the organizers have recreated the streets of Veliky Novgorod, which will come to life using augmented reality

– Tell us how you create such exhibitions – from the moment of ordering (the project was prepared with the participation of the St. Catherine Foundation. – Editor’s note ) and up to its implementation?

We started working on this exhibition at the end of November 2020 and spent six months on it. The main condition is not to do what someone has already done before us. After deciding on the topic, we think about how to tell the story correctly. Then we discuss technologies and choose the most advanced ones. Then work begins directly on the project. In February, we developed all the models and projects, purchased equipment.

We use projectors with special lenses and high luminosity. They allow them to be mounted very close to the screen while maintaining high image quality. We also attracted a Russian company for episodes of virtual reality: guests will be able to chop with a sword or shoot from a bow. As you can see, we use a variety of technologies: projectors, LED screens, holographic images, AR, VR technologies and touch solutions. 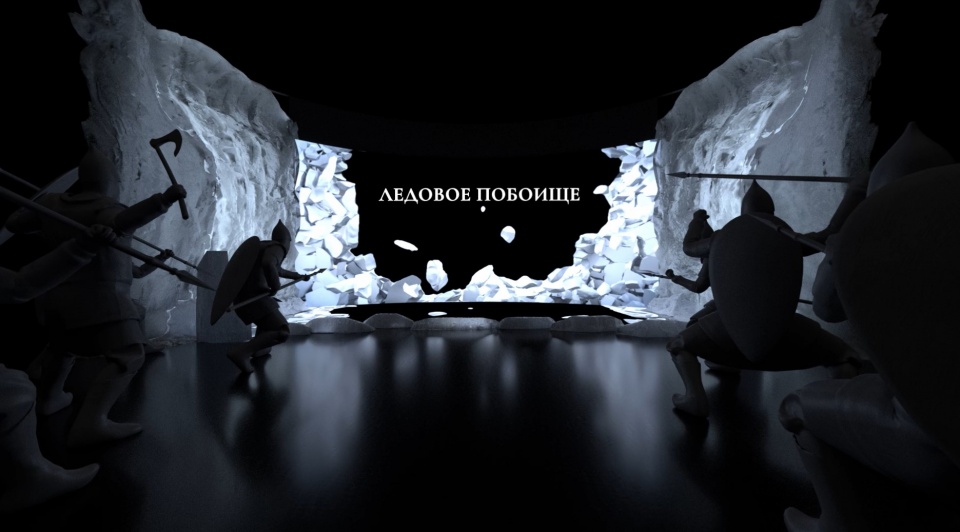 Checking the operation of the “Battle on the Ice” exposition

– Where do you get the most important thing – historical material?

Our team has collected everything that is known about Alexander Nevsky. If we compare this exhibition with the exposition about Nikolai Kuznetsov, then there is a big difference between them. Nevsky is half a legend, it was necessary to carefully select the facts. Kuznetsov is a regular person, so it’s more difficult to talk about him.

At the same time, the history of Nevsky is very famous, so you need to understand how to build a plot. It was also important to find a balance in order to tell about him both as a ruler, as a military leader, and as a saint of the Russian Orthodox Church.

– Thanks to technology, historical exhibitions can already be held without a single artifact. How will museum business develop further?

A visit to the museum will provide a unique experience for each guest. With the development of facial recognition technology, guests will be able to see their avatar participating in a historical event. Or, you can use custom gadgets that will turn on augmented reality when you find yourself near an exhibit.

There will be a complete feeling that you are Nevsky, and Nevsky is you. The exhibitions will go beyond the museum, you can feel like a participant in the Battle on the Ice without leaving your apartment.

Fabio Cacchatori believes that the future in museums lies with new technologies, not artifacts

– There is an ethical point here: how, for the sake of special effects, not to get away from what science tells the story about?

For this, it is important to follow the facts. Was there a battle on Lake Peipsi by the troops of the Nevsky and the troops of the Livonian Order? It was. It is a fact. Nevsky was a very good strategist and won – that’s a fact. We supplement facts with technologies and get stories that the younger generation remembers better.

– Traditionally, museums keep things from previous eras. Here is the sword of Alexander Nevsky, here is the bow from which his warriors fired. Let these be decayed, but genuine objects. And in modern museums we see virtual exhibits, a cool attraction that has nothing to do with that era. Is there a contradiction here?

I use a metaphor: we dig up the bones of dinosaurs, we can see their skeleton, but this is not enough to understand what the dinosaur looked like in reality. Therefore, with the help of technology, we recreate the image of a dinosaur. In the case of historical events, the same is true.

With the help of technology, we give people knowledge about how the battles took place, how Nevsky wielded a sword, we can “hold” this sword in our hand ourselves. There is no substitution of facts in this. We also show the sword of Nevsky, but in augmented reality. In addition, speaking about the events that took place eight centuries ago, we still have to think something out. 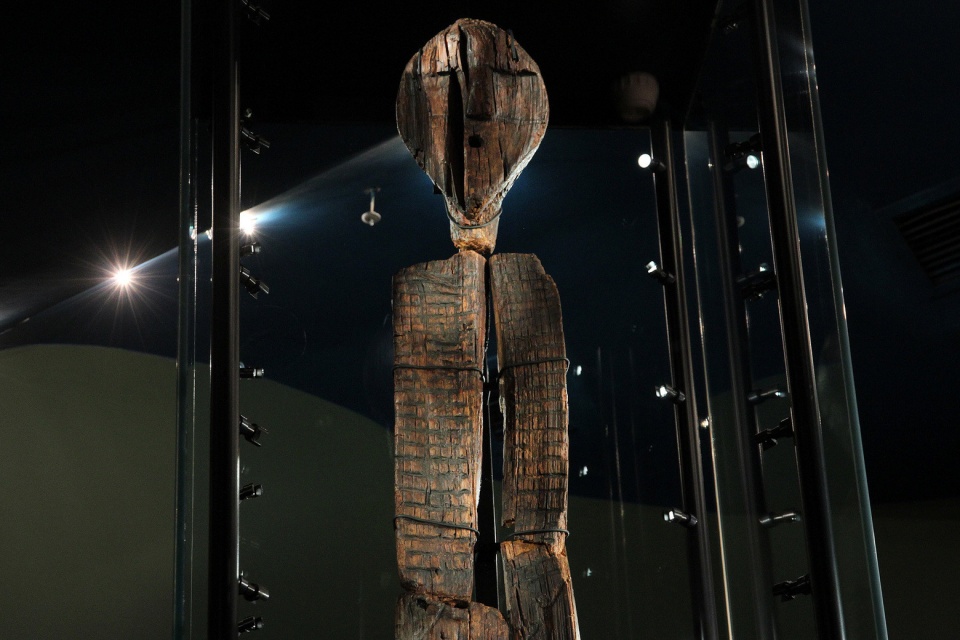 Shigir idol – the oldest wooden sculpture on the planet

– In the local history museum of Yekaterinburg there is a great exhibit – the world’s oldest wooden sculpture, the Shigir idol, it is older than the pyramids. The city government hopes to make it an international landmark for the city, but the problem is that not much is known about it. How would you make an exhibition about an idol?

It is very interesting. I would start by making a digital copy of the sculpture, one to one.

– And this has already been done, a virtual copy can be seen in the Yekaterinburg-Expo pavilion.

Well. Then you can use virtual reality or augmented reality. You can see how ancient people made this sculpture, carved patterns on it, add interesting facts. It is possible with the help of radiocarbon research to accurately determine the age of the idol (this has also been done, the sculpture is almost 11 thousand years old. – Ed .). For the Turin Cathedral, we made a project based on the results of the study of sculpture. We “revived” the masters and showed how and in what circumstances this work of art appeared.