Details from the exhibition “Alexander Nevsky – The Fate of Russia”

Details from the exhibition “Alexander Nevsky – The Fate of Russia” 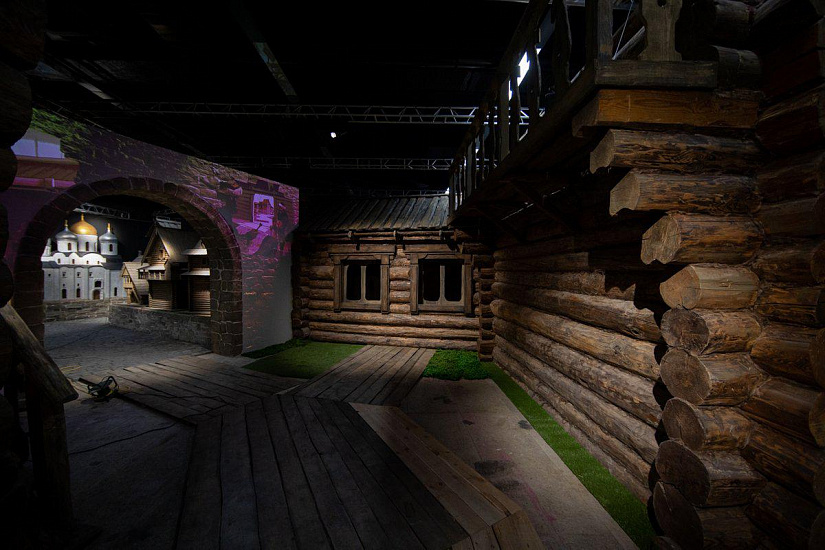 A hologram of Dmitry Pevtsov, a reconstruction of ancient Novgorod, special effects from the team of the film by David Fincher and 15 trucks of scenery – details of the exhibition “Alexander Nevsky. The fate of Russia “

On an area of ​​800 square meters, history, audiovisual and gaming solutions will be intertwined. A few days before the world premiere, some details of the project became known, the creation of which was undertaken by the founders of the St. Catherine Foundation, Andrei Kozitsyn, Igor Altushkin and Andrei Simanovsky.

Right at the very beginning of the exposition, a holographic theater awaits visitors, where the People’s Artist of the Russian Federation Dmitry Pevtsov talks about the role of Alexander Nevsky in the history of the Russian state and starts the tour. The creation of the virtual Pevtsov, like the entire exhibition, was carried out by the Italian company Illogic with the participation of BWS, Digital Expo and a number of Russian companies.

“The idea was to create an exposition that you can live with the hero. It took us about 15 trucks to bring the scenery and technical equipment for this exhibition to the museum , ”says Fabio Cacciatori, consultant of tech company, Illogic.

The creation of the visual range for the central site of the exhibition – the Battle of the Ice – was done by the Territory studio, who took part in the filming of the film “Munk” by David Fincher (“Oscar-2021” in the nomination “Best Cinematography”) .

The battle on Lake Peipsi is the most technology-rich zone, 180 square meters of screens, artificial fog, cold, special surround sound and figures of Russian soldiers are used here.

“Step by step we move through the exhibition and come to its culmination. As in the life of Nevsky, this is the Battle of the Ice. We tried to create an immersive effect. The visitor is greeted by a three-dimensional screen in front, screens on the floor, right and left. Thus, the spectators participate in the battle near the Nevsky , ”continues Kacchatori.
Part of the exhibition space of the Ural exhibition, created by the museum, will appear in 23 more cities of Russia.

This is an illustrated tragic epic , on which 25 experts worked: historians, motion designers, artists and colorists from Russia and Europe.

The working group was formed based on the results of 170 interviews , and the basis for inspiration was, for example, even those things and items of clothing that were found during excavations. Nine musical compositions

were written especially for this graphic novel – the authors were the conductor of the “Other Orchestra” Alexander Zhemchuzhnikov and musician and publicist Nikolai Shabunevich.

The online premiere of the project will take place the day before the official opening. The live broadcast can be viewed in the official community of the park “Russia – my history” in the social network “VKontakte “.

It is worth noting that in 2021, festive events are being held in Russia to celebrate the 800th anniversary of the birth of Prince Alexander Nevsky.

The Ural exposition will become a serious contribution to the preservation of the significance of Alexander Nevsky for our country.